Character Interview With Penry from Unnatural 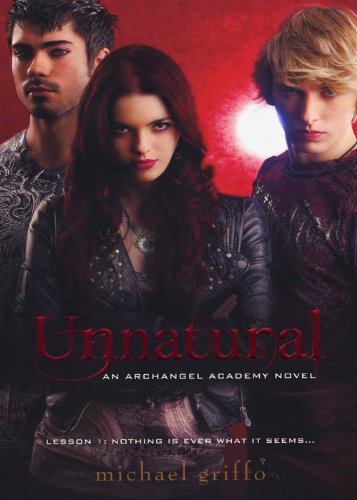 Penry from Unnatural was kind enough to stop by for an interview. I hope that you enjoy his insight and check out the book.
1. What are your favorite and least favorite things about Archangel Academy?
My favorite thing is that I get to live on my own, but that’s also the worst thing because that means I’m away from my family. I don’t talk about it too much, but there are times when I really do miss my family crazy bad and my twin sister Ruby. She’s at a boarding school in Switzerland, it’s a right fine place, not as good as Double A though! I don’t see her a lot during the school year, but we email and text a lot. She’s quite cool for a sister. It’s also great because I now have so many mates from all over the world – I never expected to know someone who grew up in Nebraska.
The work can get intense sometimes and the professors can come down hard on you, but that’s just because they care and want us to get into university. There’s lots of competition and stuff, but I’m not really the competitive sort so I just do the best I can. Can’t really do any more than that. I also love the countryside, it’s beautiful here, so’s Eden. Honestly, if I could live here for the rest of my life I’d probably be very happy.

2. As someone that grew up in England, what are your favorite places to visit? Where else in the world would you like to go?
I love going into London during the summer and at Christmastime. My grandparents used to take me and Ruby there every year when we were little and would take us to St. Paul’s, Westminster Abbey, a pantomime, and of course Harrods, that’s Grandmum’s favourite! She wouldn’t miss a trip to Harrod’s for the world.
And of course she would always buy us something from there, just something small so we’d have a memory as she’d like to say. Dad’s always taking us on trips too. He teaches history so he has most of the summer’s off so we’d always take the train to Ireland or Scotland for a few days just me and him. Now that they built the chunnel mum loves to take us to Paris. Someday I’d like to take Imogene there, just me and her, so I can show her the city and have a picnic underneath the Eiffel Tower, I think that would be quite romantic actually.
Other than that I’d love to visit America some day! Maybe Michael and I can go on a road trip one summer, that would be bloody fantastic. I’d like to see New York and Hollywood, they would both be fun. I can’t imagine living in places like that, but visiting them would be smashing.

3. What initially attracted you to Imogene?
The first thing was that she didn’t look like any other girl I’d ever seen before, she was like right out of a movie or something. She’s beautiful, but you know, not fake in any way. She’s got her own style and I really like that. She’s not flashy or trumped up, she’s just who she is.
She’s also the smartest person I know, aces all her exams, she’s in choir, an editor at the St. Ann’s paper – whatever she does she does it brilliantly! Plus, she’s got a great sense of humour. She jokes and pokes fun at me, but she always makes me laugh.

4. Is there anything else that you would like to add?
I’m really looking forward on taking Imogene to the Archangel Festival! It’ll be the first time we can go out and get all dressed up, polished up and all, that should be a lot of fun. Plus, Michael will be there with Ronan, which I think is great, I’m so glad Ronan’s not with Nakano any more. Don’t get me wrong, Nakano’s great, but Michael’s a much better boyfriend, brings the best out of Ronan. All around, I have to say that I think this year is going to be brilliant!
Posted by Sarah Woodard at 12:13 AM