You, Me, and Him by Kris Dinnison

Do not ignore a call from me when you know I am feeling neurotic about a boy. That is Best Friend 101.” —NashMaggie and Nash are outsiders. She’s overweight. He’s out of the closet. The best of friends, they have seen each other through thick and thin, but when Tom moves to town at the start of the school year, they have something unexpected in common: feelings for the same guy. This warm, witty novel—with a clear, true voice and a clever soundtrack of musical references—sings a song of love and forgiveness.

Maggie's voice was very strong and powerful. I enjoyed reading about her because she seemed like one of my best friends with her funny and vibrant personality with a love of music. I adore that this book dealt with being overweight in a body positive way. I couldn't help but cheer for her and succeed  in anything that  Maggie  did because she reminded me of myself.  I found her friend Nash to be funny and engaging, but so moody at times that I wanted to just push him off a cliff. He didn't appear to care about Maggie at times and instead focused on how he felt that he was being "wronged." Tom was a cool and charming kid that ended up hanging out with them.
I found this romantic plot to be engaging and related to Maggie's difficult situation. Pretty much, she needs to pick if she will get the guy or her friend will. One thing that I adored is that Maggie being overweight and Nash being gay weren't a part of the plot, but just an aspect of their characters. Dinnison's writing is strong and I can't wait for the next book that she writes. Overall, Maggie has an intense voice and I want to her friend. The plot interested me and I enjoyed the book, but it wasn't a must-read for me. I would recommend this book to fans of  The DUFF by Kody Keplinger, Eleanor and Park by Rainbow Rowell, and Fat Kids Rule the World by K.L. Going.the forthcoming Dumplin' by Julie Murphy
Disclosure:  This book was purchased by me.
Posted by Sarah Woodard at 12:17 PM 3 comments:

Labels: Kris Dinnison, Review, You Me and Him

The Jewel by Amy Ewing

The Jewel means wealth. The Jewel means beauty. The Jewel means royalty. But for girls like Violet, the Jewel means servitude. Not just any kind of servitude. Violet, born and raised in the Marsh, has been trained as a surrogate for the royalty—because in the Jewel the only thing more important than opulence is offspring.Purchased at the surrogacy auction by the Duchess of the Lake and greeted with a slap to the face, Violet (now known only as #197) quickly learns of the brutal truths that lie beneath the Jewel’s glittering facade: the cruelty, backstabbing, and hidden violence that have become the royal way of life.Violet must accept the ugly realities of her existence... and try to stay alive. But then a forbidden romance erupts between Violet and a handsome gentleman hired as a companion to the Duchess’s petulant niece. Though his presence makes life in the Jewel a bit brighter, the consequences of their illicit relationship will cost them both more than they bargained for.

I found Violet to be a likeable character. The position that  society places  her in gave me a lot of empathy for her and I cheered for her to succeed by finding some way out of it. I like that she took some risks to get a better life, but at the same time, I found that this made her seem naive as she plunged into another world that she didn't completely understand or comprehend. I found the romance to be very sudden and Insta-love and I wished that there was more development on it. As a result, I didn't care about the romance. I was actually more interested in the political system because the manipulation seemed like the power moves made in House of Cards. I wish that there was more of that, but I understand the need to leave some questions unanswered and I am excited to see how this series will continue.
This book takes on both dystopic and fantasy elements, which surprisingly blends well together. On the other hand, I found some similarities to other dystopian books to be intense at times. Ewing's writing did grasp me and led me to finish this book rather quickly (Almost one sitting!) and I enjoyed it, but I didn't love it. I feel that this book mirrors aspects of The Handmaid's Tale, Wither, and The Selection  and I  would suggest this book to fans of those books. The end made me want to read the next book, but I don't feel the need to read it right away. If you like a character placed in a difficult situation, a quick and fast plot with political intrigue, and books with dystopian and fantasy elements, then I would suggest this book. It isn't amazing or bad, but more so just good and interesting.
Disclosure: Received ARC from Publisher
Posted by Sarah Woodard at 11:48 AM 1 comment: 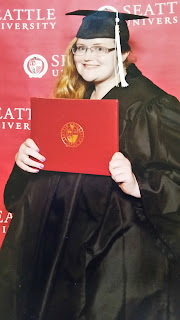 Greetings, Darling!
Sorry for the impromptu hiatus and disappearance from the blog. I have been super busy with many, many things. But lately, I've missed blogging a lot. So just to catch you up on my life and we can get back to talking about books!.
In June, I graduated from Seattle University with a BA in Creative Writing. The most common question is what's next for me?
That's a great question, but I have a lot that I want to do. Right now, I am doing the job search in the Seattle-Kitsap area and applying for Grad School (MFA in Creative Writing.) I am also writing a lot. I finished a draft of a novel last month and eventually in the future, I will be querying it. I have also been reading a lot of books (Over 180 for this year!)
So, thank you for sticking it out and I hope that you enjoy the new content that I have planned. It is a mix of writing and reading, but I hope that you enjoy it. Let me know how you all are doing and we'll talk soon.
Much Love, Sarah!
Posted by Sarah Woodard at 11:17 AM 3 comments: 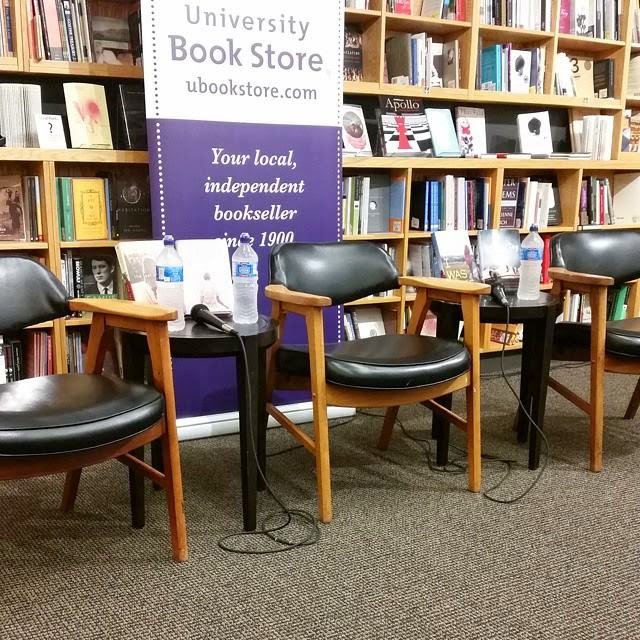 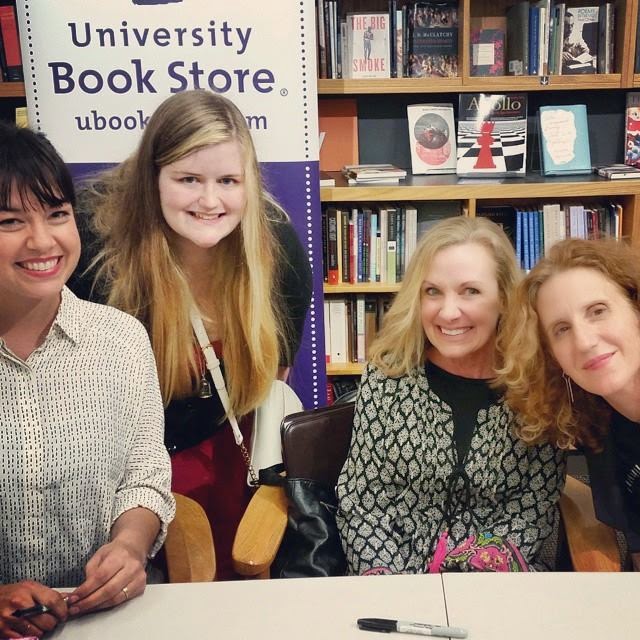 Posted by Sarah Woodard at 9:46 PM No comments: