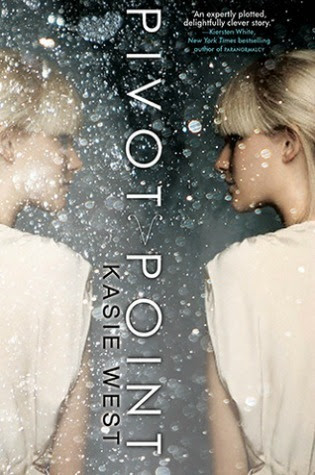 Addison Coleman’s life is one big “What if?” As a Searcher, whenever Addie is faced with a choice, she can look into the future and see both outcomes. It’s the ultimate insurance plan against disaster. Or so she thought. When Addie’s parents ambush her with the news of their divorce, she has to pick who she wants to live with—her father, who is leaving the paranormal compound to live among the “Norms,” or her mother, who is staying in the life Addie has always known. Addie loves her life just as it is, so her answer should be easy. One Search six weeks into the future proves it’s not.In one potential future, Addie is adjusting to life outside the Compound as the new girl in a Norm high school where she meets Trevor, a cute, sensitive artist who understands her. In the other path, Addie is being pursued by the hottest guy in school—but she never wanted to be a quarterback’s girlfriend. When Addie’s father is asked to consult on a murder in the Compound, she’s unwittingly drawn into a dangerous game that threatens everything she holds dear. With love and loss in both lives, it all comes down to which reality she’s willing to live through . . . and who she can’t live without.
I found this book to be amazing. The format was really interesting and I loved it, because it felt like I read two books at the same time. Addie is a very lovely character. I really connected to her, but I am not sure why. Laila was an awesome character and I believe that she really cared for Addie. I liked Duke, even though I didn't want to. His confidence attracted me, while annoyed me at the same time. I loved Trevor so much. He was so sweet and caring. The world building was very awesome, because it made the book more exciting. Since it felt realistic and unique.
The plot of Pivot Point often overlapped with each other and I really enjoyed that aspect. I just really enjoyed the concept and wanted more. I know that this has been done in other forms of media, such as Sliding Doors. I found the way that West presented it, to be perfect for the story. This book made me feel so much and I began to question every decision that I made. I hope to read more from West in the future. Her writing made me want to read more and I became invested in both the plot and characters. I suggest that everyone should read this book. It was a clever and unique story. I need more books like this in the future.
Posted by Sarah Woodard at 2:30 PM