Zombies vs. Unicorns edited by Justine Larbelestier and Holly Black 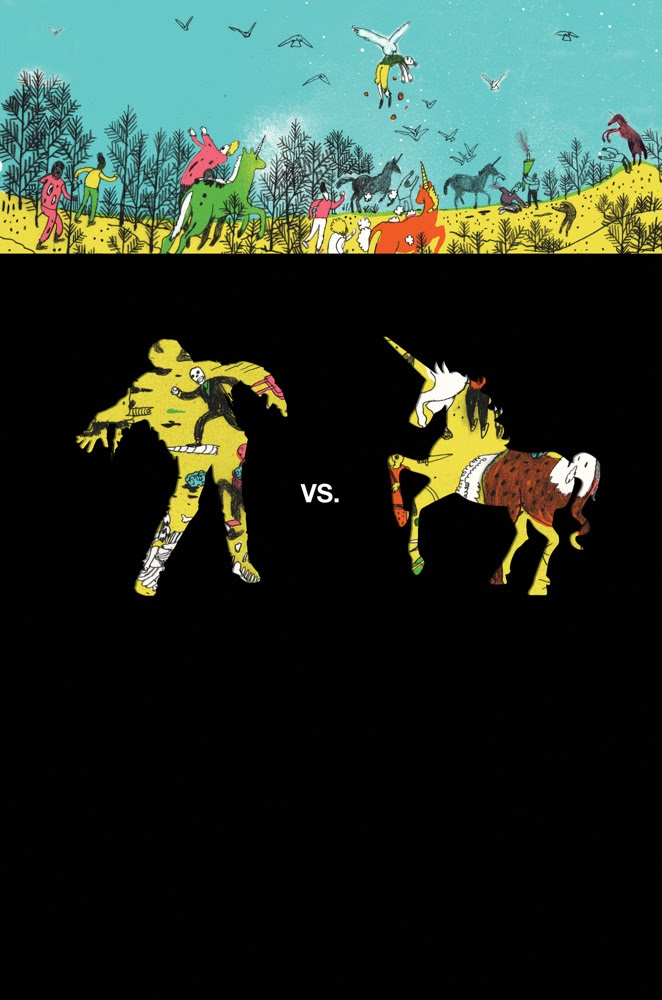 Rating:
Overall: 91/100 or A
Source: Publisher
It's a question as old as time itself: which is better, the zombie or the unicorn? In this anthology, edited by Holly Black and Justine Larbalestier strong arguments are made for both sides in the form of short stories. Half of the stories portray the strengths--for good and evil--of unicorns and half show the good side of zombies. Contributors include many bestselling teen authors, including Cassandra Clare, Libba Bray, Maureen Johnson, Meg Cabot, Scott Westerfeld, and Margo Lanagan. This anthology will have everyone asking is it Team Zombie or Team Unicorn?
I really enjoyed this book. Both the Unicorn and Zombie's story were full of originality and made me laugh. I loved the commentary that was between Black and Larbelestier. It was full of snarky and funny remarks. It also gave a brief glance into what the story was about, before you read it. I liked that it switched between Unicorn and Zombie stories. "The Care and Feeding of Your Baby Killer Unicorn" by Diana Peterfreund was my favorite story, but I love her novels about killer unicorns. I also enjoyed Carrie Ryan's "Bougainvillea" and Meg Cabot's "Princess Prettypants". I found that this anthology to be a great book, which each short story giving you just a glimpse into a world that the author has created. There is no clear winner between Team Unicorn or Team Zombie. Honestly I think it is up`to the reader. Team Unicorns all the way.
Posted by Sarah Woodard at 12:00 AM