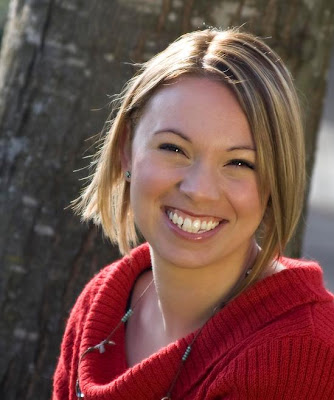 Suzanne Young is an author, wife and mother of two. Originally from Utica, NY, Suzanne moved to Arizona to pursue her dream of not freezing to death. After nearly eight years in the desert, she and her family moved to Oregon where she continues to live a completely random life. Suzanne writes novels for teens and earned a BA in Creative Writing before becoming a middle school Language Arts teacher. She is the Author of The Naughty List, which comes out February 4th, 2010. You should preorder it today, it is so cute.
1. Have you ever considered spying on boys like Tessa does, as a teen?
No, I don’t think I went that far…. at least not that I’d be willing to admit here. haha But I think a lot of us were guilty of hang ups and lighter stuff like that. 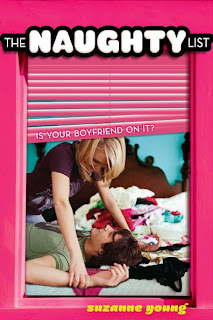 2. How many books are planned in The Naughty List series, so far?
Three right now. The next book is due out in the summer of 2010 and it’s called SO MANY BOYS…

3. In The Naughty List, Tessa doesn't swear, but uses the cutest phrases ever using food. Where did you come up with these?
Honestly, I have NO IDEA! Haha. I was writing in Tessa’s voice when all of the sudden she said her and boyfriend were so strawberry smoothie… after that. I was hooked on all of her quirky phrases.

4. What is your favorite and least thing about writing?
I love writing new stuff. I’m totally addicted to it. Probably the hardest part for me is the patience needed. I think a lot of people would be amazed at the lag time between a manuscript being bought to when it’s on the shelves. If it were in Suzanne-time, it’d be about a week. Lol. But for me, it was more like a year and a half.

5. What is it like being a tenner? Does it come with secret powers?
If it did, I think my secret power would be blogging. I do it like it’s my job. Haha. Being a Tenner is fantastic. I get to meet and hang out with an awesome group of writers. It’s like our own Secret Society… only without the wall scaling.

6. Other then writing and reading, what do you like to do?
I love to go camping. I’ll hook you all up with some toasted marshmallows. But beware, I like mine totally burnt.

7. Is there anything that you would like to add?
Just that I have been overwhelmed at how positive all the bloggers have been! It was like I was allowed into the coolest online club! So I thank you and all of the other bloggers out there.
The reason that I am posting my interviews, so close together is that next week is my Blogoversary is next week and I have a few post pre-planned.
Posted by Sarah Woodard at 5:03 PM