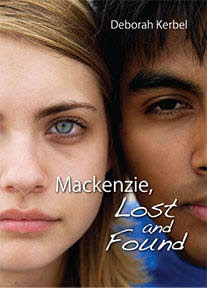 Rating:
Characters: 17/20
Setting: 9/10
Plot: 18/20
Originality: 20/20
Writing: 18/20
Recommendation: 8/10
Overall: 90/100 or A
Fifteen year old, Mackenzie Hill is still mourning the lost of her mother. Mackenzie is lost in her grief. To make matters worse, her father has decided to leave the only place she ever knew and the memories of her mother, to go to Israel. Her father gave her the deal of having three months in Israel and then she could always go home if she wanted to.
Mackenzie falls in love with the culture. She becomes friends with Marla, an American girl. Mackenzie also finds Nasir, a Muslim... that she finds herself falling for The three months past, Mackenzie decides to stay without a though. She also finds out that someone is selling artifacts at the Souk. Will Mackenzie be able to find the seller, while being able to keep Nasir?
Mackenzie was an amazing character and I liked learning about her. The setting of Jerusalem, was well done. I have had family there and they commented on the craziness, invisible divide between religions, and the culture. I love the whole star-crossed lovers feeling between Nasir and Mackenzie. I wished for a better ending, but the ending was still really good. I also liked how religion wasn't so overpowering, like I though it might be.
Overall, Mackenzie, Lost and Found is a fantastic book and I recommend it. Kerbel creates such a real setting and plot. Her writing style was flowing and makes you want more. I can't wait for more books from her in the future.
Take Care, Sarah.
Posted by Sarah Woodard at 9:00 AM